75 Indoor Games for Kids - Boredom Busters for All Ages 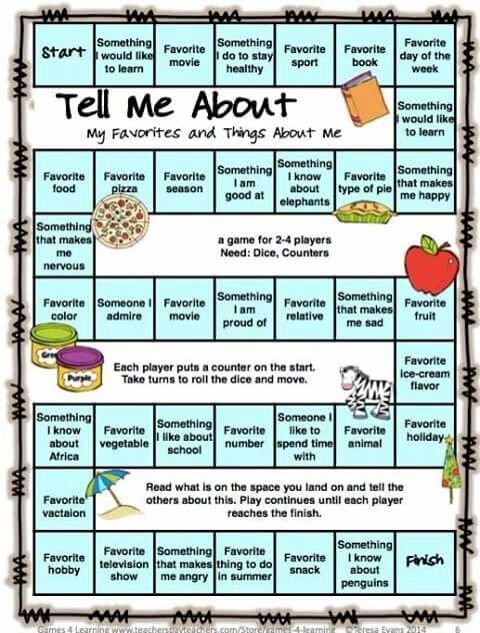 When I was a kid, we played outside with the other kids in the neighborhood with most of our free time. We also made the most of recess at school. We kept ourselves quite occupied without any of today's modern technologies.

But most of them are best when done outside with a group of people. Also, most of these games can be changed or improved by making up your own rules.

Use your imagination! Everyone has played this one. Most parents have played with their kids, since hiding and finding is a common interest of small children. I've heard of all kinds of variations on this game. Sometimes you count to twenty, sometimes ten, sometimes one hundred.

Sometimes there is a home base that you can run to and tag, becoming "safe," sometimes you just wait to be found. The general idea is that one person is "it," that person closes his or her eyes and counts to a certain number without looking and then he or she tries to find the others.

Number of Players : Ideally at least three. Equipment : None. One person or a team of people are designated as "it" and a can is placed in the middle of the playing area.

The other people run off and hide while the "it" covers his or her eyes and counts to a certain number. If a person is tagged by "it", they go into a holding pen for captured players. If one of the un-captured players manages to kick the can, the captured players are released. The game is over once all the non-"it" players are in the holding pen. Equipment : A metal can. This game is most fun when played with a large group.

Split the group into two teams, each team having a flag or other marker at the team's base. The object of the game is to run into the other team's territory, capture their flag and make it safely back to your own territory.

You can tag "enemy" players in your territory, sending them to your jail. They can be sprung from jail by a member of their own team running into your territory, tagging them and running back, with one freed person allowed per jail break. It is sometimes played that all the people in jail could hold hands and make a chain back toward their own territory, making it easier for members of their team to tag them.

We also played a similar game called Steal the Sticks. It had almost the same rules, but several sticks were used instead of one flag. Number of Players : A large group.

Equipment : Two flags or other markers. Fun for kids of all ages, this game involves a large round parachute, preferably with handles, with people holding the parachute all around the edges. It helps if someone is in charge telling people what to do. Players can just ruffle the parachute up and down a little bit, they can go all the way up and all the way down, or all the way up and then run underneath, sitting on the edge of the parachute, which can create a bubble of air with everyone inside.

Then everyone pulls backward, spinning the child. There are countless variations. Number of Players : Depends on the size of the parachute, but usually eight to ten. Equipment : A play parachute. These aren't as hard to find as you would think. Try here and here. This game works best on a street with little to no traffic, or in a large paved area of some kind.

You need bikes, wagons, pedestrians, scooters or whatever is available. One person directs traffic to make sure kids don't run into each other.

It is more fun than it sounds, and helps kids learn about waiting to cross the street and about traffic safety. Number of Players : A small group. Equipment : Bikes, wagons, scooters, anything on wheels. This ball game is played on a square court further divided into four smaller squares, numbered one through four. One player stands in each of the squares, with the highest ranked player in number one, lowest in number four. You bounce the ball among the players, bouncing once in the other person's square before that person catches it.

When I played this as a kid, we had countless additional rules to choose from. The person in square one got to choose the rules. Anyone who violates the rules will have to move down in the ranking, or be eliminated with another player rotating in to square four.

Number of Players : Four, unless you take turns. Equipment : A four square court or sidewalk chalk, a playground ball. Use some sidewalk chalk and make a hopscotch grid. Number the squares from one to nine. Pick a rock that is good for tossing. Small ones can bounce too much, and larger ones are hard to throw. Start by tossing the rock onto Square 1. Hop over the rock and hop with a single foot or both feet to follow the hopscotch pattern all the way to the end. Turn around and come back, stopping on Square 2.

Balancing on one foot, pick up the rock in Square 1 and hop over Square 1 to the start. Continue this pattern with Square 2. And so on. If you toss your rock and miss the correct square, your turn is over. This game can be played with any number of people, but only one person can go at a time. If it's raining or dark or too cold, you can get indoor hopscotch mats or foam pieces, or just find a pattern on the floor to follow, perhaps using a beanbag instead of a rock.

Number of Players : One at a time. Equipment : Hopscotch grid, rock or beanbag. One of the biggest ways I spent my recess time as a young girl was jumping rope.

I got quite good at it for my age, both in speed and in skill. It was fun to jump by myself, but it was even more fun to have a long rope and jump with a couple of friends. That's where jump-rope rhymes come in. They turn a simple exercise into a fun game, to compete against yourself and others. Then there's double dutch. I was always in awe of the older girls who could do double dutch. The first time I tried it, I got tripped up almost immediately. However, once you understand how to do it, it isn't as hard as it looks.

Number of Players : One for single jumping, three with a longer rope or for double dutch. Equipment : One or two jump-ropes. This game requires three people, or just one or two people with really good chairs.

It is easily done inside, assuming a sturdy floor. This game resembles regular jump rope in that you jump. A lot. But you jump in a pattern. Two people or chairs put their feet inside the rope and stretch them out, standing far enough apart for the third person to jump between them. The third person, or jumper, faces one of the people holding the rope and jumps in a pattern of left, right, inside, outside and on the ropes. What pattern you use is up to you, but all the players should use the same one.

The game is started with the rope around the ankles. Once the jumper does the jump correctly, the rope is moved up to the calves. Then to the knees, then the thighs. Usually it doesn't get any farther than that. Once you miss, it is someone else's turn.

More from Games for kids